In 2014 commercial TV changed significantly, yet most viewers will not have noticed the seismic shift in what they are viewing. Sky’s boxes, installed in millions of homes around the UK, became dynamic ad servers – giving more than a hundred of Sky’s channels the ability to deliver addressable advertising. In 2019, Channel 4 and Channel 5 joined Sky’s addressable line-up.

Each Sky household began to be shown their own, unique, tailored commercial break. Sky boxes substitute ads (deposited into their local storage) in national breaks for ones more appropriate to the makeup of the household.

Consumer data agencies provide the data for Adsmart, allowing unique targeting to different audience groups. Similar to other audience-based DSPs, advertisers can target based on granular demographics and lifestyles.

You can also select by location, allowing advertisers to reach audiences who are incredibly targeted and relevant to your brand. This also lowers the barriers to entry compared to old school TV advertising.

Addressable TV (or Connected TV, if you prefer) is set to make it even easier for brands to transact. Sky’s ambition is to provide a self-serve portal for local businesses and SME advertisers who may be new to TV. Since launching in 2014, AdSmart has delivered more than 17,000 campaigns for almost 2000 advertisers.

The platform’s transparency has been a key factor in attracting new advertisers. Similar to Google, Sky has provided a measurement platform called Sky Analytics.

The portal provides advertisers with a console of tools to analyse their addressable TV campaign in a similar way to Pay-Per-Click.  AdSmart is measured by impressions, and advertisers are not charged if the ad goes unwatched. Sky is hoping to have a fully automated platform soon which will give advertisers an ROI-based dashboard similar to other online marketing platforms.

Sky is looking to meet the needs of advertisers who are used to the self-serve online world. Paid Search advertisers will soon be adding TV advertising to their arsenals as they aim to reach different demographics whilst using metrics they are familiar with.

What is the potential?

But what about the reach of Sky’s platform? How big is the pool of available viewers? Sky already boasted millions of their own boxes in the field, but AdSmart’s recent expansion beyond Sky’s own hardware and into Virgin Media’s boxes gave AdSmart’s delivery apparatus a presence in 40% of UK households – reaching 30 million individual viewers.

Sky Media aren’t stopping there, they have a clear line of sight to reach in excess of 60% of UK households and expansion of the platform into other countries.

What are you waiting for?

With lower barriers to entry and better reporting than ever, TV advertising is looking to kick on in 2020. If your business is already comfortable dealing with digital and social media advertising, you’ll find addressable TV a comfortable fit; furthermore, you’ll wonder why it’s not already a part of your campaigns. 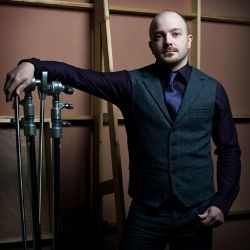