Google has simplified Search Console reports to help SEO specialists, “focus on critical issues that affect your visibility in search and will help you better prioritize your work”.

Users of Search Console were confused by what the “valid with warnings” grouping meant, so Google has made this clearer by grouping URLs/items as “valid” or “invalid” – indicating whether it is or isn’t eligible to show in Google. This new grouping system should make it easier to prioritise your work by knowing exactly what areas needs fixing.

Don’t be alarmed if you don’t see this change in your Search Console straight away as the change is likely to take a few months to roll out. And just to clarify, this is a reporting change only – there are no changes to how Google Search crawls, indexes, or serves your pages.

Generally, Google only includes one featured snippet per SERP – often referred to as “position zero”. In the screenshots below, you can see that Google is now testing showing up to four sources of information per search query. 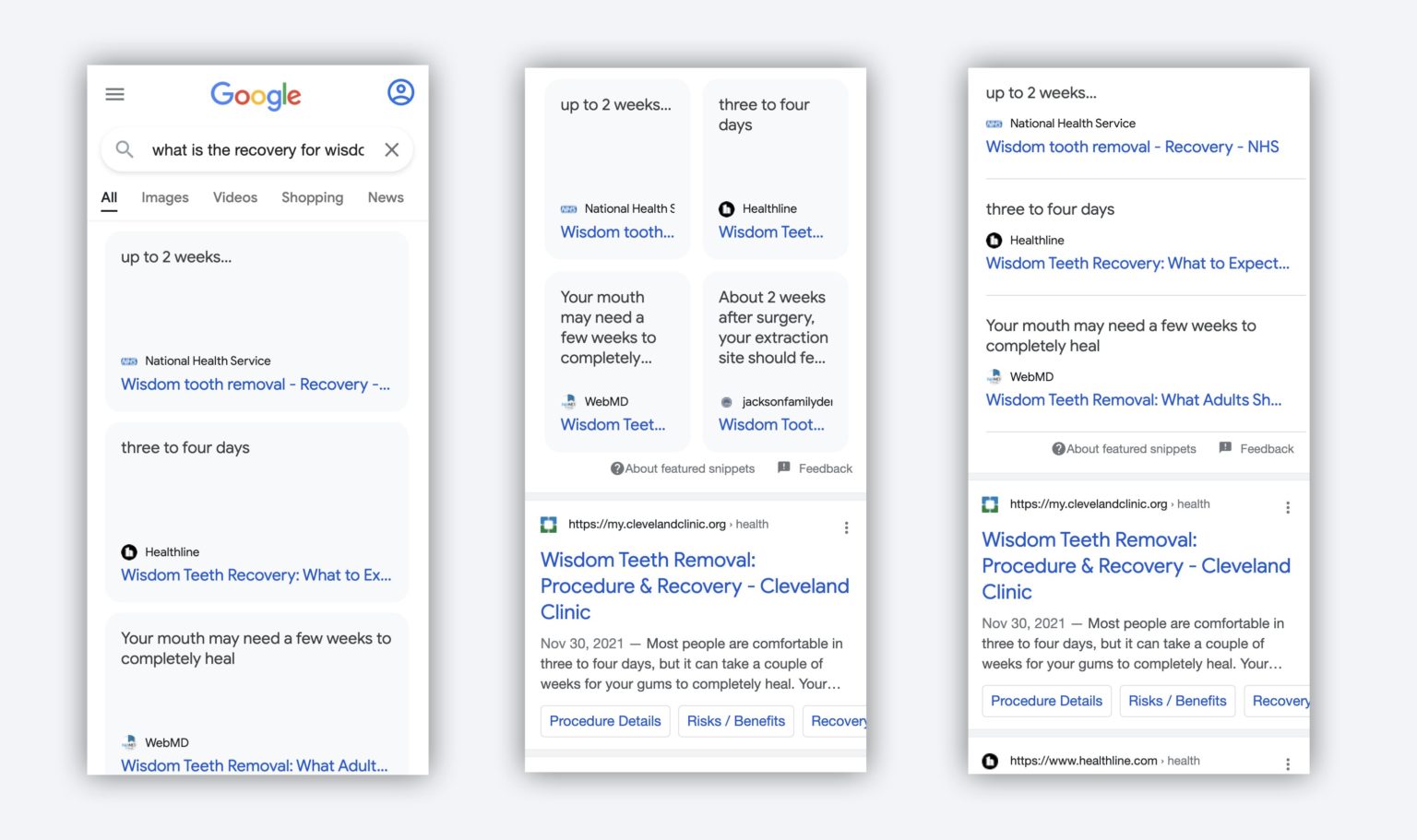 Showing more than one featured snippet could diminish the value of the sought-after “position zero” but also risks pushing the first organic listings even further down the page. These changes could impact CTR and consequently, organic traffic and conversions – we’ll be keeping an eye on this one.

What does Web3 mean for digital marketing?

Web3 has faced controversy early on with NFTs (non-fungible tokens) and the metaverse dominating early news coverage. Web3 is the third generation of the internet, and it’s built on the philosophy that the internet should be a decentralised network of computers rather than a centralised one.

At some point, new Web3 features are also likely going to impact digital marketing, whether that’s ads in the metaverse or customers owning their own first-party data through blockchains. Whilst it’s very much still in its infancy, it likely won’t be long until big brands begin to leverage Web3 properties.

YouTube may soon be open to other ad providers following another EU investigation. Allowing other providers on YouTube will enable Google to avoid a fine from a probe opened last year. An EU watchdog singled out Google’s requirement that advertisers use its Ad Manager to display ads on YouTube and also potential restrictions on the way rivals are allowed to serve ads.

Although there’s no indication of when this could happen, Google turned around third-party advertising on Google Shopping relatively quickly once pushed.

Digital ad verification company DoubleVerify have been working on a new measurement tool that will allow advertisers to see detailed information on carbon emissions delivered by campaigns. Generally, we see one gram of carbon per impression on a campaign which means some campaigns will be creating millions of grams of carbon.

If you would like support with your digital marketing or would like any other information, get in touch with our industry specialists by sending us an email to team@modo25.com