BOSCO™ and Modo25 client, House of Baukjen, recently won the UN Climate Change Global Climate Action Award: Climate Neutral Now. Baukjen’s CEO, Geoff Van Sonsbeeck spoke at the UN Climate Change Conference to accept the award. He congratulated the other winners and went into more detail about behind the scenes at Baukjen.

The beginning of Baukjen

In Geoff’s speech, he highlighted that this is the first time in 10 years that a fashion company has won this award. This made him reflect on the realities of the fashion industry. Geoff then went on to speak about how Baukjen started when his wife was pregnant and needed suitable maternity wear. The maternity wear brand was named Isabella Oliver, and they soon became a leading maternity wear brand. This later branched into their women’s wear brand, Baukjen.

The realities of the fashion industry

Geoff went on to reflect upon a conversation he had with his wife, where they came to the realisation that they were on the wrong side of the fashion industry. The sad reality of the fashion industry is that every second a truck load of unwanted items of clothing is being transported to landfill. This is what lead them to rethink their business model. They launched a campaign to show consumers and stakeholders that they weren’t just ‘talking the talk’.

How did Baukjen remodel?

Baukjen’s model was linear, like most fashion business models are. So, they reworked the model into a cycle style model named fashion 2.0 and designed for good. Their new business model has longevity in mind and enables consumers to see garments as a forever piece rather than just a fast product. All items are made with sustainable, organic and recycled fibres, and today 91% of all Baukjen’s fibres are responsible. In addition to this, all the packaging that Baukjen use is plastic free and biodegradable.

Geoff went on to explain that Baukjen is part of the global fashion pact, who work actively to eliminate plastic packaging within the fashion industry.  As part of Baukjen’s remodelling, Geoff shortened the supply chain to reduce emissions, stop overproduction and encourage customers to “care and repair” rather than re-buy. The final part of their new business model encourages customers to send unused items back to Baukjen, where they can mechanically rework the fabrics into redesigning new garments.

To conclude, Geoff explained that by Christmas 2021, Baukjen’s carbon footprint will be reduced by half thanks to this new model and profits have increased five times. His message was clear, ‘a sustainable fashion model can be good business’ as he encouraged other fashion companies to follow in their footsteps. Geoff pleaded with his fellow fashion industry peers to work with him on this venture for climate change and stated, “of course we are competitors, but we will not compete when it comes to the planet.”

House of  Baukjen, is a long-standing client with us here at Modo25 and we’re incredibly proud to work with such a sustainable-forward brand. We support the in-house team at House of Baukjen with paid media and SEO services. If you want to find out more about working with us, get in touch via team@modo25.com 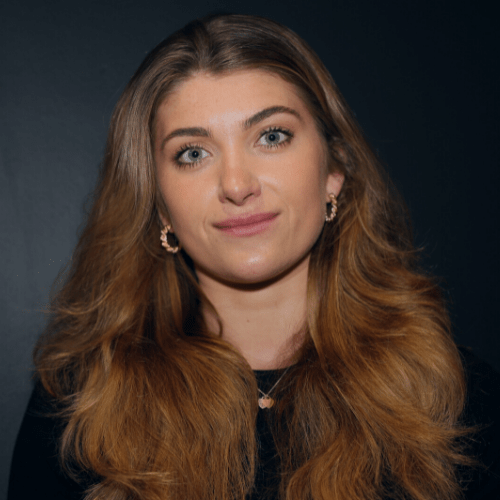